Pat Roberts demonstrated that openly that non-Christians need to be persecuted to indoctrinate them and make them understand Christian beliefs. The televangelist was suggesting that those kids who fail to respect Christian beliefs should be strongly treated.

In an other episode of the 700 Club on Disney ABC family channel, he had received an email from an old lady who was claiming that her grandson had disrespected the Christian beliefs on Christmas so they chose not to visit them the next year.

“We declined going to our daughter’s house on Christmas this year because there is always an argument, hard feelings etc.,” viewer Karen wrote.

“One grandchild comes high on marijuana, cursing and challenging our faith. I correct him and have told my daughter to ask him to respect our beliefs, but he keeps it up. Our daughter says she is a Christian but will drink too much and offend her daughter and her husband. Were we wrong to not to attend another Christmas that leaves us upset or someone angry? I have shared my beliefs many times with them and am ridiculed by this grandson and son-in-law.”

The immediate measure Roberts could possibly suggest was to” Beat the child” until he respects Christianity.

“Somebody take that kid to the woodshed and let him understand the blessings of discipline,” Roberts advised  immediately after the viewer’s request predicting the future of child to end up in jail if a strong male figure would not beat him right away.

“He needs a strong male figure. He’s going to wind up in a correctional institution, and the next thing you know, he’s going to be doing hard time in some prison. And then he would wish he wasn’t such a smart, you know, wise guy. Because he’ll be disciplined in a way that he’ll never forget in some prison… He needs discipline in the worst possible way.” 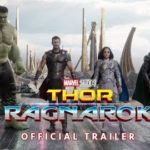 The New Thor Ragnarok Trailer is Winning The World 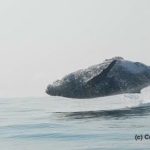