Wednesday morning, Roseanne Barr the popular comedian blamed her racist tweet on Ambien which cost her the new TV show that got cancelled immediately, this prescription drug used for the treatment of insomnia and is considered way better comparatively. In addition, she only compared the former Obama aide Valerie Jarrett to an ape because she was “Ambien tweeting,” she further added that it is not the only weirdest thing she has done on the drug—she also has crashed eggs on the wall.


The “explanation” by Roseanne falls flat to all those who have ever glanced at Roseanne Barr’s Twitter —it’s very clear that she has been a racist with or without Ambien intake. However, the producer of Ambien, Sanofi,  was compelled to tweet about ambien side effect that “racism is not a known side effect of any Sanofi medication.”
But Ambien has been associated with some very inappropriate side effects, and some may be explaining why Barr was seemed to think that she could use Ambien as a cover.

On the side effects scale around 10 percent of users may experience headaches and drowsiness; 1 and 4 percent have been reported to have experienced weird psychiatric effects such as hallucination and disorientation. A very negligible number, less than 1 percent, has been reported to have abnormal or aggressive behavior including the sleep walkers and talkers. According to an article published in the Journal of American Academy of Psychiatry and the Law, an unconscious Ambien users have been reported to have engaged in “sleep driving, sleep cooking, sleep eating, sleep conversations, and, rarely, sleep sex” with a zero memory of the activity the next day. Such behaviors have been also creating a number of legal affairs, with patients claiming “the pill made me do it” or “I was asleep” as a defense has not been clear yet which Barr is trying to imply. 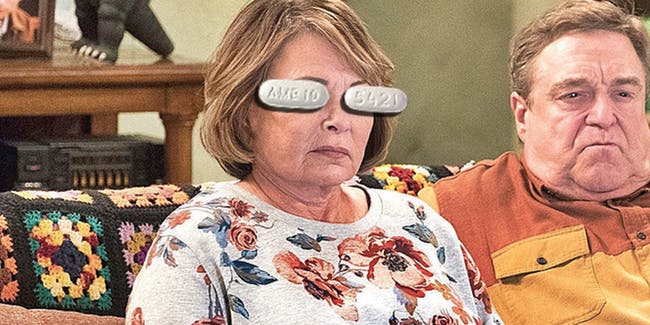 Many people fail to recall the things they do being on Ambien, but certain others can do recall their time under its effects. An “Ambien trip” is the popular term for the trippy, buzzy sensation that the drug induces if the patient/user who takes it regularly stays awake— it can be accidental or self-imposed. Besides, tripping under the influence of Ambien can introduce a “pleasant little buzz;” a drunkenness feeling; decreased anxiety; and the user may see hallucinations, “crazy ass visuals,” and also weird movement in the corner of your vision; auditory distortion, “especially of repetitive (trains, fans) sounds;” it is termed as a mix between Xanax and DXM;” and, to use a medical term to describe it , a “mindfuck.”

One user who was trying to get to sleep saw “an exclusive of a battlefield on the blanket,” while the other insomniac reported that:

“Many gnomes were sitting at the end of my bed. One on each corner of it. I was being their interpreter and they were verbally fighting for very long. It reminded me of Italians yelling at each other, but in a very gnome language. I eventually got off my bed and walked to my sister’s room to tell her about the instructions they gave me. That stuff is crazier than you can ever imagine if you don’t fall asleep right away.”

Ambien can be consumed differently one can swallow, snort, or in some cases smoke it, and some people who go to parties regularly on it say it would n’t make them tired if they don’t lie down. One Redditor compared its impact “staying awake for three days in a pill.” However, the distorted state of mind without sleep for last 72 hours that comes about from extreme sleep deprivation is something like this:

“One of my favorite states of mind is the collapse of normal function after 70-100 hours of being awake. your mind works in strange, either genius or chaotic ways. People on the corners of your vision that you know arent there. a pen drops in the next room fells [sic] like it sent the sound in a wave across the ground, shimmering and titillating like it was full of electric energy. echoing into each room, along the floors… back and forth, I can’t tell how far away my dresser is. sometimes, 20 feet or so, and sometimes right in front of me… tapping my finger across a sheet, with my imagination filling in the blanks, can create beautiful music that no one would understand but me…”

This is a very bizarre and disorienting case, to the point that it explains extensively why Barr would think to blame her loathsome outburst on Ambien. It’s very trippy in many cases yes it’s legal, it has never been linked to any embarrassing medical condition. The experts believe it was unlikely that actually Ambien caused Barr to tweet unconsciously. Dr. Rachel Salas, an associate professor of neurology at Johns Hopkins Medicine, told CNN that:

“Patients sometimes send texts in their Ambien-induced sleep, but they are usually incoherent.”

So yes, Ambien is definitely a very mind-bending drug at times. But the chances are zero to believe Ambien made Barr more racist than usual—perhaps the drug just made her less inhibited. 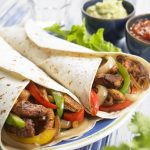 20 Things You Never Knew You Could Make In A... 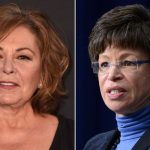 Valerie Jarrett Replies to Roseanne Barr: The Tone Starts With...