China announced bike sharing last year which was participated by dozens of bike companies and very soon the streets were filled with colorful rental bicycles. The growth of bike sharing experience proved to be a storm of millions of bicycles and it became very difficult for government to manage it. Initially, bikers were allowed to park bicycles anywhere in the road and abandon them that resulted in the massive piling of bikes and road blockages. As China is already a very crowded country, the streets were almost blocked.
As cities started accepting bikes in the whole of China, the government had to quickly take major steps to regulate thousands of bikes in a single day. The problem began as the impounded bikes were also left there in thousands in vast piles.
As a result, bike sharing has become a cult in China’s society and growing very fast at a very sustainable rate. The following pictures will give you an exact example of piles of debris left unattended.

1- A worker is riding a shared bicycle past a pile of shared bikes at a vacant lot in Xiamen, Fujian province, China.

2- More than a thousand of illegally parked shared bikes have been temporarily detained in the sports field of China on 17th August, 2017 in Hefei, Anhui, China- ANHUI, CHINA.

3- FUJIAN, CHINA – JANUARY 13: (CHINA MAINLAND OUT)It is because of over capacity launching the bike sharing ,which resulted in over tens of thousands of bicycles shared seem abandoned in this picture at a bicycle burial ground on 13th January 2018 in Xiamen, Fujian, China.

4- Hundreds of broken bicycles dumped in thousands could be seen in the following picture.

5- A worker untying a rope in the middle of piled-up shared bicycles at a vacant lot in Xiamen, Fujian province, China December 13, 2017.

6-  A parking lot could be seen thickly jammed with tens of thousands of bikes by a Chinese bike-sharing firm Bluegogo at Chaoyang District on March 5, 2018 in Beijing, China.

7- The following bikes were confiscated  due to sharing bicycles of different brands to be seen in a parking lot of Huangpu District Vehicle Management Company in Shanghai, China, February 28, 2017.

8- ANHUI, CHINA – AUGUST 17: Thousands of illegally parked shared-bikes can be seen which were temporarily detained in a sports field on 17th August, 2017 in Hefei, Anhui, China.

9- A massive number of submitted bikes lined up. These shared bikes have been solely given by the companies to be used by the common people.

10- The complete frenzy of millions of shared bicycles could be seen. The people and the companies have submitted broken bicycles as well.

11- Here is the an other massive line of shared bikes in China.

12- An array of various bike-sharing services to be seen at an urban village in Hangzhou, Zhejiang province, China September 7, 2017.

13- A man is seen walking past shared bikes placed at a repair factory in Beijing, China April 13, 2017.

14- This picture was taken on April 6, 2017, where a worker repairs a shared bicycle at a repair centre in Beijing.

A booming rental bike business has ensued in China and the streets have been packed with thousand of cyclists, but their die-hard habit of going the wrong way and abandoning their rides anywhere without thinking about others has caused the havoc. The authorities are trying it hard and scrambling to catch up, they are also thinking about new regulations to regulate the chaotic cities — from adding caps to the number of bikes to even barring people which they consider too big or too small for bicycles.

15- The following picture was taken on June 28, 2017, which shows an aerial view of shared bicycles, collected by police after they blocked pavements, abandoned on a field in Hangzhou, Zhejiang province.

The bike-sharing, in which the users can easily pick up bicycles and leave where they want in the street to be taken care of by authorities is booming in China. It has become a standount success for almost last two years.

The shared-bikes industry has proven a biggest popular with Chinese city-dwellers and is growing very rapidly that regulators. They have introduced policies to prevent an accumulation of unused bikes in the streets. It was annouced last week in Shanghai a temporary halt on additional bikes being deployed in the city to manage space for walkers and vehicles.

17- You can see bicycles of various bike-sharing services are seen in Shanghai, China, November 3, 2017.

18- ANHUI, CHINA – AUGUST 17: -CHINA MAINLAND OUT- The following thousands of dumped shared-bikes and have been detained temporarily in the sports field on 17th August, 2017 in Hefei, Anhui, China.

19- BEIJING, CHINA – NOVEMBER 23: CHINA MAINLAND OUT- The transportation department of China are paying very high attention to the bicycle sharing companies which failed in succession recently on 23th November 2017 in Beijing, China.

20- This picture was taken on February 20, 2017 which is showing a transport employee of the parking firm putting bicycles from the bike-sharing schemes Mobike and Ofo onto a truck in Shanghai, China.

Shanghai, China has to curb the thousands of brightly coloured bikes placed in the city streets by various cycle-sharing companies, in the recent epitome of impatience with an explosion of the haphazardly-parked two-wheelers.

21- A Chinese parking employee is seen moving frames of Ofo shared-bicycles at a bicycle factory in Handan, north China’s Hebei province on April 13, 2017.

The bike-sharing is becoming an affluent sector of business in China where the customers can rent bikes for a small period. These bikes are unlocked with a mobile app.

Shanghai has received a larger number of impounded sparkling colorful bikes placed in city streets by cycle-sharing companies, this is the latest sign of impatience with an explosion of the haphazardly-parked two-wheelers. The dwellers have to face difficulties due to these mercilessly left bikes everywhere in the urban areas.

24- Bicycles submitted by a different number of bike-sharing services to be seen in Shanghai, China.

25- The following picture in question showing the impounded bicycles from the bike-sharing schemes Mobike and Ofo in Shanghai. These companies have contributed greatly and it is in fact a wonderful scheme that people are benefiting from the service.

Shanghai has impounded thousands of brightly coloured bikes placed on city streets by cycle-sharing companies, in the recent sign of quite intolerable as well with an explosion of the improperly-parked two-wheelers.

26-  The following picture shows a heap of rented bicycles from different bike-sharing companies by the entrance of Xiashan park in Shenzhen, Guangdong province.

More than 500 bicycles from China’s high-end bike-sharing firms have been left-over in massive piles in the streets on various corners of the southern city of Shenzhen, reports said.

27- Impounded and default shared-bicycles to be seen at a temporary parking lot in Shanghai on August 24, 2017.

The shared-bikes sector is proving mainly a very popular phenomenon with Chinese urban-dwellers, but has grown very rapidly that local regulation authorities have introduced new regulations to curb dumped piles of unused bikes in the streets. It was announced in Shanghai last week that a temporary ban to be imposed to prepare a method to meet this new arisen challenge.

28- An employee from the shared-bikes company Ofo is putting the impounded bike on a pile at a makeshift repair spot for the company where other large number of of derelict bicycles have been kept after coming off the road on March 29, 2017 in Beijing, China. The news and fame of bike sharing scheme has gone viral in China in the past year with more than two dozen of companies are fighting for market shares in various localities across China. The bikes are considered as a healthy, cheap, and environmentally-friendly solution for the people, where riders can unlock the stationless bikes with the help of a mobile phone app, they can drop them anywhere for the next customer, and spend as little as 1 yuan ($0.15) per hour.

As the bikes have various users in a day – some of them are very inexperienced bikers who swirl direct into thick traffic – they get damaged, vandalized, or thrown. Companies like Ofo have been collecting the damaged two-wheelers and bring them to a makeshift place that is solely to be a shared-bikes repair shop. The best part is these bike shares are empowering the cycling revival of sorts in a country which remained known as the ‘Kingdom of Bicycles’?. The first few years during the rise of Communist China, many Chinese wanted to own a bike as a marker of achievement and a healthy contribution towards society building. As soon as China’s economic progress manufactured cars to be a valued status symbol, the bicycle, a sign of China’s traditional icon – was laughed at as a symbol of backwardness. But now, the bike sharing enthusiasm is regaining momentum is considered a boon for the companies who have indulged into manufacturing millions of bikes in a single month to meet the demand and the number of bicycle user is likely to reach 50 million soon and cross it by the end of 2018, according to Beijing-based BigData Research. It is also a fact that the tradition is not welcomed by many as the municipal authorities have to regulate the new plans and policies to face the music. 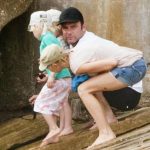 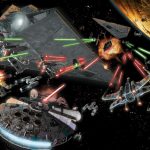 Lies That Sci-Fi Films Have Convinced Us Are Real