The footage clearly shows he was very harshly treated as the dog would not stop. Nunez recorded the two videos to show how some people get treated.

Angel Nunez describes the incident as:

“So today at work I was able to capture this go down. This K-9 officer had no control of his K-9. There is something definitely wrong with this picture. The officer doesn’t seem to have the proper training. Also that dog is not we’ll trained……” 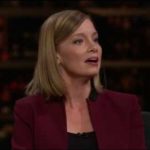 Bill Maher Says Trump is ‘Capable’ of Getting His Critics... 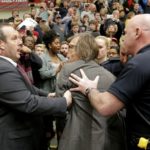