Just before many of volunteers continued search for days combing through rough forest terrains and dirty water ponds in hopes to locate a 5-year-old boy Joe Clyde Daniels alive, his own father, Joeseph Daniels, had called 911 to report him missing.

The 28-year-old dad told the dispatcher “My son has autism and we cannot find him,” April 3 early morning in a four-minute recorded phone call received by authorities and was released on Sunday.

He (Daniels) was booked for one count of criminal homicide three days later right after Tennessee authorities had accused him of  purposely killing his own son inside their Garners Creek Road home either on Tuesday night or early Wednesday morning and then had hid his body.

“During the course of the investigation, it was determined the child’s father Joseph Daniels intentionally killed his son in his residence and then hid his body,” said Jason Locke, the deputy director at the Tennessee Bureau of Investigations, during a Saturday morning press conference.

He is jailed on $1 million bond, according to a press release by the Tennessee Bureau of Investigation.

The time seems over for the rescue teams to find Joe Clyde alive, rather the authorities have been now in a tireless search to find his body.

According to his call to a 911 dispatcher to report Joe’s missing complaint , Daniels proposed that his son “must have just unlocked the door and went out.”

When he asked by the authorities when his son was last seen, he said “last night”, referring to April 3, according to the recorded call.

He had struggled a lot to inform the 911 dispatcher a complete description of the clothes Joe Clyde was wearing before he vanished.

“My wife would know better than I would on that,” he said.

While describing the physical state of Joe Clyde’s blonde hair and blue eyes, his 4-foot height and 65-pound weight, Daniels said to the dispatcher that Joe had autism, adding that he was “nonverbal”, and furthermore, his symptoms weren’t “so severe” but he was not able to do routine things like taking a bath without any external help.

Dickson County Sheriff Jeff Bledsoe said on Saturday, “While Daniels has been charged, the investigation continues.”

He said “nothing is off the table” and the investigation teams were still looking for evidence.

“We’re not sure where the next turn will be or where the evidence will lead us,” he said.

Dozens of Dickson residents convened in the cold at Buckner Park on Saturday night –at the distance of 10 minutes away from Joe Clyde’s crime — and they failed to make any sense of the tragic story. Another An other search is scheduled for Sunday night.

ALERT: Ongoing investigative efforts in the case of missing five-year-old Joe Clyde Daniels have led to a charge of Criminal Homicide for the boy’s father, Joseph Ray Daniels, who is currently in custody. He is believed to have killed the child and hid the body several days ago. pic.twitter.com/Sxfd6Flaqd

“We just had high hopes,” one of the rescue organizers, Amanda Curtis, told to ABC station WZVN of the apparent situation of defeat and remorse. “Everybody is hurt right now and I don’t think we should have to go through it alone. We may not have had specific ties to the child, but we all searched.” 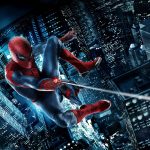 Top 10 Highest Budget Movies - Were They Really Worth... 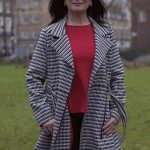 A Divorcee 58 Reveals How She Had Unprotected Sex With...