Technology and gadgets are without a doubt one of the best things about modern civilisation, they enhance our lives in ways that even ten years ago we couldn’t have dreamed of. It would be fantastic to see someone from 1950s be teleported to our time to see the technology we have today. It’s a thought that constantly excites us here at powws. However, not all gadgets throughout the years have been successful and some, in fact, have been downright odd.

We decided to find 10 of some of the oddest ideas and designs we’ve ever seen in gadgets throughout the years. These gadgets have odd looks, odd concepts and most of the time just don’t seem to be marketed at anyone in particular. So here are 10 of the oddest gadget ideas ever.

A watch that allows you to take and make phone calls on it. But isn’t this what the new Apple Watch can do and most people don’t find that an odd gadget. Yes, but this was a time when people mobile phones weren’t as huge as they are today, let alone were 10 year olds running around with smartphones. Smartwatches will slowly get accepted and so will talking to your wrist, however back in 2001 when the Swatch Talk was released, no one thought it was cool at all.

For those gentleman of you out there that insist on having a cigarette no matter the weather, we’ve found the perfect contraption for you. This is the Cigarette Umbrella! It allows you to smoke a cigarette, hands-free without having to worry that the rain will drop onto your cigarette and put it out… unless it is windy and the rain is going sideways of course. But let’s not be silly here, there’s NO way of stopping that!

Here’s one we want to start a petition to get back! The Bone Fone (circa 1980s) was an actually really innovative idea that you place this devilishly good-looking device around your bones so that it is placed on your collar bones and then the music resonates through your bones, so it’s like having your very own private party in your body. That’s cool right?

Have you ever thought to yourself: “You know what my bathroom needs? Music when people go the toilet”. Well with the Toilet Tunes pack you can now do exactly that! The Toilet Tunes pack gives you the sound machine itself which allows you to pick from a few different tunes and then the sensor which you can either place next to the toilet or under the seat to the allow for more accuracy. Then whenever you or your guests lift the lid or sit down, music will begin to play to relax you whilst you go about your business.

Now you may think that having glasses with mini lights above each eye is a clever idea, it means you can read in the dark right? Well yes and no. No because these glasses were more expensive than normal subscription lenses, they were battery-powered and so would rarely last a whole reading session and you obviously risked the chance of being electrocuted in the rain…apart from those problems, they’re a great idea!

So Android Wear Smartwatches have the ability to give you turn-by-turn navigation right from your wirst, but that’s in the year 2015. What was the alternative option in the 1920s? Well these incredible wrist maps were your answer.

No, not a mispelling of the famed Motorola phone but a phone that actually feature an electric razor to shave your phone. Somehow a company in 2009 thought this was a viable idea and decided to attempt to sell them. Luckily, they did not take off and we cannot attempt to shave our faces whilst receiving WhatsApps today.

Around the same time that the iPod was taking the music industry by storm, the Japanese Toy Company Takara decided to create this Transformer of an MP3 player. The concept was simple: it was an MP3 Player and a toy that transformed into a robot. It came in Blue and White… and it didn’t beat the iPod to the king of music technology.

When it comes to safety, you shouldn’t be wearing headphones whilst riding your motorcycle. So why not wear The Speaker Vest? It blasts out music for everyone to hear as you drive at high speeds with your helmet on. Oh but wait, does that mean you can’t hear the music yourself? Yes, yes it does. Isn’t that the purpose of it? Yes, yes it is.

10 Weird Technologies That Never Took Off 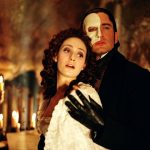 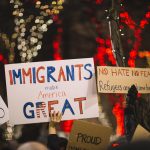 How To Get A Passport Fast?