You’re supposed to hate all the villains within movies and so when we sometimes find that villain that we just fall in love with because they’re so damn intelligent or funny or just lovable then we have to question does that make us a villain? The answer is no, that just makes whoever wrote the story a brilliant writer and whoever played the villain, a brilliant actor. Anyway, here are our 10 favourite movie badies who we actually ended up liking almost as much, if not more, than the protagonist.

Loki is probably the best Marvel we’ve seen to date. He’s a character who feels inferior to Thor throughout every scene he’s in and you can’t help but laugh when The Hulk throws him around in the first Avengers movie.

Tom Hardy relished the role as Bane marking him as a character who uses brute strength but incredible forethought and presence as well. His back story is a sad one and makes us sympathize with him a little.

Dr Evil is probably the funniest villain in history and was a star of the Austin Powers movies making some of the best one-liners and obviously creating the brilliant Mini-Me character.

Darth Vader will always be one of the most loved villains due to his troubled rise to the Dark Side and the fact that the prophecy said he’s the one who would bring balance to the force and that’s just what he does by throwing the Emperor to his death.

Mystique has a story that a lot of villains follow. They want to partner with the good side but find themselves drawn to the motives of the dark side. In Mystique’s case, it’s her looks that make her want to join Magneto as he accepts her in her pure Mutant form rather than asking her to appear more human like Professor X.

7. The Dinosaurs in Jurassic Park

The best bit about Jurassic Park is definitely the Dinosaurs. Not only are Dinosaurs just the coolest thing to ever walk this Earth but the fact that the T-Rex saves the team at the end of the first movie and the second is just down-right awesome.

Deadshot is a man that seems like a villain as he has a job that requires him to kill a lot of people with his incredible aim with a sniper rifle. However, we soon find out that he hates himself for doing it and merely does it for the money to support his daughter in every way he can.

9. The Phantom Of The Opera

We love all villains who turn out to be tortured souls and that’s exactly what happens with The Phantom of The Opera. He appears to steal the main female lead but we find out he finds her beautiful and that he just wants to be loved in return.

We all love a villain who he equally as intelligent as the protagonist. Intelligence causes us to finally see that the hero may seem overly intelligent only to be matched by the villain. That’s the exact case in the modern Sherlock BBC series at least with Moriarty being loved for being one of the few men intelligent enough to test Sherlock’s mind.

badass movie characters, funniest villain in history, heath ledger as joker, movie badies
There are no ads set to this area or maximum limit of ads on a single page has been reached 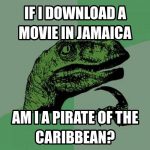 12 Best Philosoraptor Memes That Will Get You Thinking 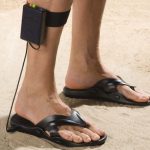 10 Weird Technologies That Never Took Off