It’s never too late to change careers, especially when you read about these 9 awesome university subjects you can actually study!

No you’re not dreaming! Manchester Metropolitan University in the United Kingdom have created 1,500 apprenticeships in partnership with well-known Pizza restaurant chain Pizza Hut! Students will gain the opportunity to study up to a degree level! Candidates can be assured that they will be equipped ‘with skills for life, not just for working in a restaurant’, training in a range of skills such as food production and financial analysis.

The Disney University is a very real thing and it can be found at Walt Disney World in Orlando, Florida. It offers a one-of-a-kind program that will lead to a multitude of roles across the Disney Resort Parks. You could study to be anything from a PhotoPass photographer to a lifeguard, so you can also use your qualifications anywhere else in the world. While the university expects a high work ethic from all it’s students, it still guarantees to making learning fun and even has various Disney characters popping out of the ceiling tiles!

Who’d have thought that learning the instrument of a DJ would be a viable way to earn a degree? At Oberlin College in Ohio, they take music seriously, and offer Introduction to Turntablism for those who want to know how to mix, scratch, sample and beatmatch. The best part? At the end of the semester, students get to attend a party where they DJ battle between their classmates! The winner will get a snazzy new set-up. Oh snap!

It’s the ultimate fantasy come true! Last year, Cambridge University offered people a chance to gain not only a degree, but a PhD in chocolate research! Those who graduated would get the title of ‘Doctor of chocolate’, which is a merit in it’s own right. It’s not all sugar and cream, though. Candidates would also need skills in engineering and physics, due to the fact they’d be studying about how chocolate can “remain solid and retain qualities sought by consumers”. Still, testing candy bars every day in class can’t really be bad at all can it?

Yes, there is actually a college courses that gives you a genuine excuse to sit and watch YouTube videos all day! Who can you thank for this? The Pitzer College in Southern California, that’s who! ‘Learning from Youtube’ discusses the impact of digital media on modern society. It’s actually a good path to take if you’re interested in a career in online journalism or multimedia. As long as you remember to get the assignments done, you’re free to watch as many cute cat videos as you’d like!

6. A degree in Dolphins!

We’ve all wanted to swim with them, but imagine being a fully fledged professional in all things dolphin! The College of Marine Mammal Professions in Florida offer an Associate Degree Program that let’s you do just that. Candidates will study the cognition and behaviour of dolphins, as well as health and care of the magnificent creatures. After graduation, a number of careers will open up from marine mammal research to animal training careers at theme parks like Sea World!

Zombies in Popular Media is a legit course you can study at Columbia College in Chicago, as part of their English program. It explores how ‘undead’ culture has affected television, film and, games and literature such as The Walking Dead and Playstation’s The Last of Us. Teachers say that the course is a great way to engage students by educating them in “how literature and mass media work”. It will open doors to future careers in journalism and multimedia, so it’s win-win all round! 😉

8. The Simpsons and Philosophy

The University of California, Berkeley, provides a philosophy class with a twist! Students will get to partake in philosophical discussions to try and make sense of the world using Homer, Marge, Bart, Lisa, Maggie, and even Santa’s Little Helper as representations of modern society. Teacher Julian Baggini explains “why cartoons are the best form in which to do philosophy is that they are non-realistic in the same way that philosophy is. Philosophy needs to be real in the sense that it has to make sense of the world as it is, not as we imagine or want it to be.”

Most students drink a lot. That’s a fact. So combing drinking with education was a very smart movie on the University of Edinburgh’s part. At the Heriot-Watt University, you can choose a degree in Brewing and Distilling and learn exactly what it takes to become a master beer and ale-maker! There’ll be no messing around in class, though. The course asserts that you must have an interest in science to understand the effort that goes into creating the ideal malt.

9 University Courses You Wish You’d Have Known Before 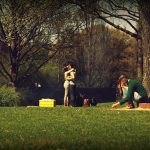 How To Make Him/Her Want Me Back 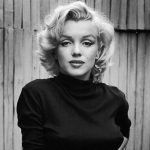 7 celebrity ghosts that are said to haunt people to... 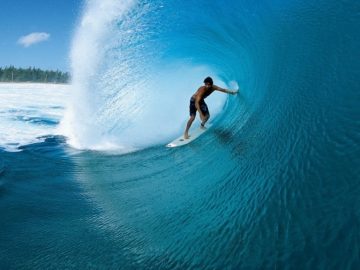