A teen from Florida has become a basketball star whose hands and most of arms were removed by doctors because of bacterial infection for saving his life. As a kid without hands posed difficulties for him. But Jamarion Styles never considered such shortcoming a hurdle.

When he wanted to play basketball that too looked impossible but he went hard on chasing his dream and became a basketball star.

“They would start picking teams and I would be the only one left out. And then they would just tell me ‘just go home.’ You can break someone’s heart like that,” Jamarion told to CBS news.

However, on the very first day of middle school at Eagles Landing Middle School, he met school’s basketball coach Darian Williams and showed his die-hard will, “I said, ‘Oh, great, just make sure you try out,’” said Darian, who was wondering how Jamarion would manage to play with no hands and less arms, “But man, he told me, ‘Mr. Williams, I’ve never been on a team before. Even if I don’t play, I just want to be on the team.’ And how could I say no to that?”

It was a fact that his physique was not at par with an average basketball player but he was determined to prove everyone wrong and put in his all abilities to do it. “He was usually the first one in the gym and usually the last one to leave,” Darian said.

Jamarion was not considered for a match until through out the the whole season and sat on a bench everyday until last month’s when he was sent into the play left for last six minutes and scored two perfect three-pointers.

“If I could wave a magic wand right now and give you your arms back, would you want them?” Jamarion was asked. “I don’t need them,” he responded with a grin of confidence on his face.

Teen Who Lost His Hands, And Most of Arms During Childhood Becomes Unlikely Basketball Star 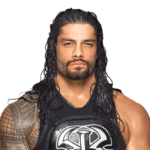 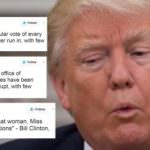 Trump's Claim That He Has No Income From Russia "With...