The latest buzz about the 28-year-old Hope Hicks the White House Director of Strategic Communications had zero political experience and is believed to be Trump’s girl friend. She is highly paid with $179,700 and Donald Trump had paid for her apartment during the presidential campaign.

Hicks is a former model and worked in public relations until 2012, it all started when she began to help Ivanka expand her business. She was also modeling for Ivanka’s brands it is where Trump found her. She joined the Trump team in 2014.

It is believed that , POTUS cutely nicknamed her, like “Hopester” and “Hopie.” She stays very close to him and their offices are very close. She speaks of Trump highly as if she is fond of him:

“President Trump has a magnetic personality and exudes positive energy, which is infectious to those around him. He has an unparalleled ability to communicate with people, whether he is speaking to a room of three or an arena of 30,000. He has built great relationships throughout his life and treats everyone with respect. He is brilliant with a great sense of humor…and an amazing ability to make people feel special and aspire to be more than even they thought possible.”

Donald Trump ran an unconventional campaign, and the one person who was by his side everywhere he traveled was his 27-year-old press secretary Hope Hicks. Bloomberg Politics reporter Jennifer Jacobs first met Hicks in the early days of Trump's campaign in Iowa. Hicks had previously worked for Ivanka Trump's fashion company and had no experience in politics, but as Jacobs explains, this spotlight-avoiding press secretary wound up in the middle of "one of the most compelling candidacies and controversial campaign seasons in history." Hicks is expected to continue to work with Trump at the White House.

Has Trump Really Found A Girl Friend in Hope Hicks? 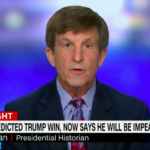 BBC's US Presidential Expert Since 1984 on Why Trump Will... 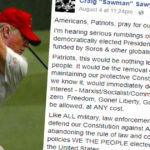