Every now and then, a celebrity slips up and posts something to their millions of followers they really shouldn’t have posted. Celebrities aren’t perfect and they don’t get it right all the time, especially when it comes to social media.

Even Queen B makes a mistake every now and then. Notice how the top stair in between her legs is a bit wonky? It seems the singer’s trying to make her thighs look different from what they actually look like in real life…

While serious efforts were being made to find flight MH370, Courtney took to Google Earth and posted her own – findings – of where she thought the doomed plane was. The plane remains missing to this day, despite Courtney’s piece of detective work.

Charlie was meant to send his phone number to Justin Bieber via a direct message on Twitter, but he somehow ended up making it a public message for the entire world to see.

This photo of Robin groping a fan’s behind was the reason his wife walked out on him…if only he’d realised there were mirrors there.

Madonna caused quite a stir when she posted a photo of her 13-year-old son with some friends holding bottles of alcoholic drinks. She even captioned the photo ‘The party has just begun! Bring it! 2014.’

Amanda has tweeted about lots of inappropriate things, from obscene things to do with rapper Drake, to claiming to be getting a restraining order against her own father, with Amanda there’s definitely no filter.

This is why you can’t always rely on autocorrect and why you should always proofread your messages. Naomi sent out a tweet congratulating ‘malaria’ for winning the Nobel Peace Prize 2014. Of course, she’d meant to type Malala.

Lindsay isn’t one to hold back on Twitter, from having rows with girlfriend Samantha Ronson, to posting genuinely confusing and weird messages. One post that could be considered a fail is her 2013 post ‘It’s official. Pregnant.’ The only thing was, she wasn’t pregnant. Attention seeking?

Rita sent out this tweet in a bid to promote her upcoming single, but it was only retweeted about 2,000 times. She later claimed she’d been hacked…good way to cover up an embarrassing misjudgment of popularity.

While facing a series of serious sexual assault allegations, it probably wasn’t the best of ideas for Bill to use social media to ask the world to ‘meme’ him. Whatever he meant by this, the internet went ahead and memed him anyway.

Trying to promote an album launch party, the singing sensation used the #susanalbumparty hashtag. It seems innocent enough until you read it again.

The high and mighty Jaden sent out a series of tweets criticising the education system and urging people to drop out of it. Only not everyone is a famous and rich celebrity with famous and rich actors for parents. 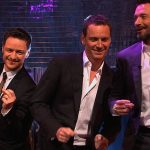 15 Best Excuses To Stay In With Pizza And Netflix