A lot of celebrities love attention, even if they won’t admit to it. For some, even dying won’t stop them from getting the attention they want so much. You might be surprised to learn that there have been quite a few sightings of celebrity ghosts. Read on to find out more.

There are those that persistently the King is alive, while there are others who are determined to prove they’ve seen his ghost. According to reports, Elvis’ ghost is quite the busybody indeed. Not only has he been sighted at his Graceland mansion, he’s also been spotted at his former recording studio and the Las Vegas Hilton. Some workers at Elvis’ former recording studio report that if they talk about him, sometimes the lights go out and unexplained things happen on the sound system…

The iconic starlet has been spotted numerous times at Hollywood’s Roosevelt Hotel and is said to appear to guests in full-length mirrors! Her ghost has also been spotted at her former home, as well as at her tomb. The star died of apparent suicide and she’s even appeared at the house where she supposedly took a fatal overdose.

Lucille Ball is said to frequently haunt her former Beverly Hills home, much to the dismay of its current inhabitants. They’ve reported experiencing frequent bouts of unexplained occurrences that they put down to the late star.

The Hollywood heartthrob died at the early age of 31 due to ulcer complications and is said to haunt both his former home and the Studio Five building at Paramount Studios.

George Reeves died in 1959 aged 45, though it’s still unclear whether he shot himself or whether he was murdered. His ghost is said to haunt his former home, where strange, unexplained noises can sometimes be heard coming from the bedroom where he supposedly killed himself.

After Houdini’s death, which funnily enough was on Halloween, his widow Bess tried numerous times to contact his spirit by having séances, but she couldn’t reach out to him. Despite this, there are some who claim that Houdini’s former Hollywood home is haunted by the late illusionist. 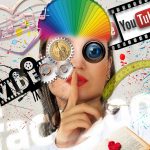 9 University Courses You Wish You’d Have Known Before 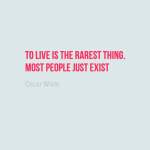