One of the most famous mums in the world is most certainly Kris Jenner. Not only is she the manager of all of her offspring, but she also has a great career in herself, managing to stay in the limelight, have her own clothing brand and so much more. However, what about behind the cameras and such? Let’s find out a bit more about Kris Jenner and let you in on some things you may never have known about her.

Yes, that’s right. We’ve seen her cry many times on KUWTK but she’s never actually been stung by a bee on the show. She’s actually deadly allergic to these little flying insects and carries an EpiPen around with her at all times.

2. She Crashed Her Harley-Davidson On The Day She Got It

Yes, you know those expensive motorcycles that only true bike enthusiasts or rich people buy? She was bought one by Caitlyn (Bruce back then) for her birthday and on that day, she took it out for a spin and crashed it.

3. She Used To Bake A Cake For Lamar Once A Week

Just as we’ve seen countless times, she has a very strong maternal instinct and in fact used to bake Lamar Odom a cake once a week as it just seemed to become a tradition.

4. She Hates People Being Late

Punctuality is very important in the celebrity world as lateness can often result in missed appointments. With Kris, it means you’re gonna get scolded at and asked why you were so late.

5. She Keeps All Greeting Cards

Did you know when it comes to Birthday, Anniversary, Christmas and all other types of greeting cards, Kris keeps them? She says she likes to keep them for the memories and to remember the messages inside them.

6. She Was In Cabaret

Bet you didn’t know that Kris Jenner starred in Cabaret? Well, we say started… she played a prostitute. She said she did it because she doesn’t like to take herself too seriously.

She’s been fairly famously known to ordain people’s weddings. However, she is actually ordained and legally allowed to do so. Another one of those things that just makes her a woman of all talents.

8. She Knows How To Surf

If she couldn’t get any cooler then we think she just has. If there’s one activity that consistently makes someone look ever cooler than they are, it’s being able to surf.

9. She Designed All Of Her QVC Collection

The popular television channel, QVC has seen quite a few designers and celebrities promote their new line on their show. However, for Kris Jenner, this meant a chance to actually design and make it all herself to take to show.

10. She Finds Peace At Church

Doesn’t that shock you? Considering she has kids going around in questionable outfits, showing off their curves for money. Yet, she’s a religious woman who “finds peace in her heart at church”. Interesting for sure!

10 Kris Jenner Facts That Will Blow You Away 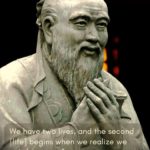 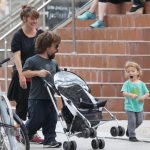