Canadian actor and producer Ryan Gosling is adored by millions worldwide. He started out on The Mickey Mouse Club with the likes of Britney Spears, Christina Aguilera and Justin Timberlake, and is now one of Hollywood’s leading actors. Here are 9 things you never knew about him

2. He once opened a Moroccan restaurant in LA called Tagine, though it ended up making him bankrupt

3. He was supposed to play Jack Salmon in The Lovely Bones but was fired because he showed up for filming having gained 60 lbs and sporting a beard, which director Peter Jackson didn’t think would suit the character; the part went to Mark Wahlberg

4. In 2007 he spent two months living completely off the grid in a tent in the woods; producer of Fracture had trouble delivering the film’s script to him because of this

5. Though he’s got a reputation for his good looks, he was cast in The Notebook because the director didn’t think he was good looking. The director’s exact words were, according to Ryan Gosling, ” I want you to play this role because you’re not like the other young actors out there in Hollywood. You’re not handsome, you’re not cool, you’re just a regular guy who looks a bit nuts.’

6. His favourite place to visit is Disneyland; he avoids attention by wearing headphones and a hat

7. For six months while shooting The Mickey Mouse Club, his legal guardian was none other than Justin Timberlake’s mother

8. When he was younger, he used to act as assistant and security guard for his uncle, who was an Elvis impersonator

9. He could have been the sixth member of The Backstreet Boys but turned it down because he thought they were too much of a rip-off of New Kids to be successful

#10 Ryan once bought out the entire Girl Scout Cookie stand and distributed them out to people.

#11 After watching First Blood during childhood he filled a whole Fisher-Price Magic kit with knives and forks and threw them at kids during recess at school. You can see that’s he was nicknamed “trouble.”

#12 When he was a kid, he could deliver the best rendition of “Everybody Dance Now” during childhood.

#13 Britney Spears and Ryan Gosling used to play spin the bottle together they both had their wins and loses.

#14 The car that was used in his movie drive was actually built by him.

#16 At the age of 12, he acted in episodes ofGoosebumps and Are You Afraid of The Dark.

#17 He tried to give himself a tattoo with a tattoo kit that looked like a cactus though it was supposed to look like a Bloody Monster’s Hand.

#19 After The Notebook he start working at a sandwich restaurant

#21 Ryan Gosling produced and narrated a documentary about the youth called ReGENERATION in 2012.

#22 His band called Dead Man’s Bones where he sings and the songs are all about paranormal phenomena.

#24 Ryan Gosling is an awesome jazz guitarist that you would love to listen to any day.

#25 He is an actual real good person to be with.

“I had two of the greatest girlfriends of all time. I haven’t met anybody who could top them.”  He said in 2011.

#29 Ryan hates tattoos according to him,
“A tattoo should never be meaningful because at a certain point you’re going to hate it, and it might as well make you laugh.”

#30 He joined Ballet but quit it afterwards after realizing it wasn’t for him.

#32
Blue Velvet’, ‘Roman Holiday’ and ‘East of Eden’, are his favorite movies among others

#33 Gene Wilder is one of his favorite actors.

#34 He loves knitting so much that he could do it all day. That’s the definition of his best day.

#35 Disneyland is his favorite place.

#36 He used @ronnybosling at twitter when he was name was already taken back in 2011.

#39 He went to Lester B. Pearson High School in Burlington, Ontario, Canada

#44 In 2013 He announced an unspecified break from acting.

#46 He is one of the three popular male actors who were born in 1980 to have claimed more than one Academy Award nominations for acting i-e Half Nelson 2006 and La La Land 2016. However the other two being Jonah Hill and Eddie Redmayne.

#49 He is an all feminist and respects women deeply. He is proud of his mother and took her to the Oscars as his date.

50 Facts About Ryan Gosling Make Him A Perfect Human Being 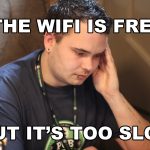 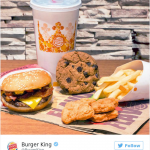