Now don’t get us wrong, the Harry Potter movies are very good, but they leave out some very important moments and characters from the books that really should have been included.

Indeed, for anyone who watched the movies before reading the books it must have been an enlightening experience. But what did get left out? We’ve put together 12 important things that were left out the Harry Potter films:

Not once does our favorite poltergeist make an appearance in a Harry Potter film. How could they forget Peeves? His badness and mischief is integral to the entire franchise. Plus he's funny.

In the Goblet of Fire we were introduced to the concept of veela when they were the Bulgarian National Quidditch Team’s mascot. Think of veela as beautiful siren-like woman that men go ga-ga for. Now it turns out that Fleur Delacour is part-veela, which is why all the boys (Ron included) are obsessed with her. Now, in the movies this isn't included, no mention of veela at all. Instead all of Beauxbatons are super-hot girls and all of Drumstrang are big manly men, which is just stupid.

How could the movies leave out the Society for the Promotion of Elfish Welfare?! It is NEEDED. Not only was Hermione's society Rowling's way of teaching us to break down society's prejudices - it was also integral in Kreacher being treated better. Plus it was the start of many hilarious Ron and Hermione fights.

4- Talking of House Elves - Where Was Winky?

The whole of the Goblet of Fire film is a bit of a wash-out in comparison to the novel - what on Earth was the massive change to Barty Crouch Jr all about? The story completely lost its twist. One large aspect of the story was Winky, a character who was completely left out of the films.

The Goblet of Fire films really did miss out far too much of the book. Ludo Bagman was another victim of this horrific cutting meaning we missed out on Bagman's arrest, his determination to help Harry win the Triwizard cup and the stark difference between Crouch and Bagman.

6- The De-gnoming of The Garden

Okay, so this wasn't really integral to any plot, but the gnomes (and how to de-gnome) was a brilliant part of the books. Especially when they made one of the gnomes into a Christmas fairy for the tree.

The films did elude to the existence of Charlie Weasley, but we never got to meet this elusive Weasley brother. He might not have been a big plot changer, but excluding Charlie (especially from Goblet) was just a little heartbreaking.

8- When Harry Didn't Become a Prefect

We all knew Hermione would become a prefect but when Ron got sent a badge we were all very shocked. Order of the Phoenix is all about Harry Potter feeling isolated from society and from his friends. Ron becoming prefect made Harry feel jealous and abandoned by Dumbledore who was ignoring him. It also made us all warm at the end when we found out Dumbledore's reasoning.

Just think how AMAZING St Mungo's would have looked in movie form! Plus so many important things happened in the hospital such as Arthur messing with muggle remedies, meeting Neville's parents and even meeting Lockhart.

Percy was awful in the books! But the little ratbag managed to have his badness erased from the movies. There was no Percy abandoning his family for the ministry at all. But we still remember.

Despite having nearly an entire book dedicated to the history of Voldemort and his family, very little made it to the screens. What about poor Merope Guant? We never learned about her plight and, indeed, how she became to be with Tom Riddle.

Yes, we do get a lot of Dumbledore's past but without all the details Harry Potter and the Deathly Hallows makes little sense. Grindlewald is sort of mentioned but not enough for us to realise that Dumbledore might have been racist when he was a teenager. Nor do we get much about Aberforth (or his love of goats).

There is much more that was missed out from the Harry Potter books, but at least the movies managed to get the gist of the story... If all else fails we'll just read the books again. 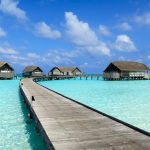 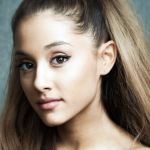 9 Of The Biggest Albums To Look Forward To In...