Among those who aren’t sure, a Let’s Play is a medium wherein either one, two or a group of people either video or screenshot themselves playing a game, usually with commentary over the top. They can either be playing the game live or using prerecorded footage, the live ones often exploiting this to show off their first impressions. Below I’ve detailed five people who are far better than PewDiePie at Let’s Playing and who are profoundly more deserving of your cash.

The cream of the crop, Chip & Ironicus have been showing us how it should be done since their 2008 playthrough of Beyond Good and Evil. Even during their sketchy beginnings they stood out as having a great handle on humour while bringing an extensive knowledge of the game being played and video games in general to the recordings. These are the let’s player’s let’s players.

These are lets players that I am actually much less acquainted with than the others, having only seen one of their playthroughs of the David Cage game Indigo Prophecy. They’re funny guys and they certainly have a handle on humour that goes beyond face cam and screaming loudly at horror games.

Yahtzee Croshaw is better known as the fast talking reviewer, Zero Punctuation. Despite this, him and his friend Gabe have been recording themselves playing games for around three years now. You can find them on their youtube channel where they’ve done Let’s Plays, what they call Lets Drown Outs and most recently The Ego Reviews. My favourite two along with Chip & Ironicus, take a look at one of their best below.

Game Grumps are an odd one. The show started off as a collaboration between Arin Hanson (Egoraptor) and Jon Jafari (Jontron.) Fans of both of their individual work came together and found two friends playing games and being generally very funny. Since then however, Jafari has left, making the Game Grumps both Arin Hanson and Dan Avidan (Danny Sexbang.) The show is still funny and has exploded into more of a youtube phenomenon with various offshoots from the show, but their fanbase are famously divided. Both Game Grumps era are worth a look and while they’re not exactly “high brow,” they can be a lot of fun.

This pair, like the Super Best Friends, are still relatively new to me. Despite this, I can recommend them from the handful of videos I’ve seen. They’re known for taking on insanely difficult games making for some funny viewing, watching them get more and more frustrated as their playthrough continue.

If you couldn’t tell by the brief paragraph earlier, I am a massive fan of Chip & Ironicus. If you want to take a look at what they do and how you can help, take a look at their Patreon. 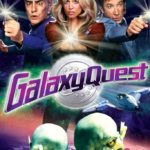 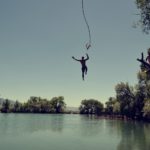