We are all fond of fast foods and we like many other things than just chicken nuggets. On the contrary, 16-year-old Carter Wilkerson went a step ahead to ask Wendy’s how many retweets he needs for a year’s supply of chicken nuggets from their store and luckily they replied with a number.

Wendy’s twitter, which is famous for its saucy shares and visible twitter presence, replied promptly with a mountain of retweets that they might thought would be impossible to achieve- 18 Million. It should be noted that Ellen’s 2014 Oscar Selfie holds the record of massive 3.3 Million retweets and is the most highly retweeted post ever.

Carter was not surprised as he expected a similar response. All he felt happy for was being given a chance to make a world record. He was given a nugget of hope rather. 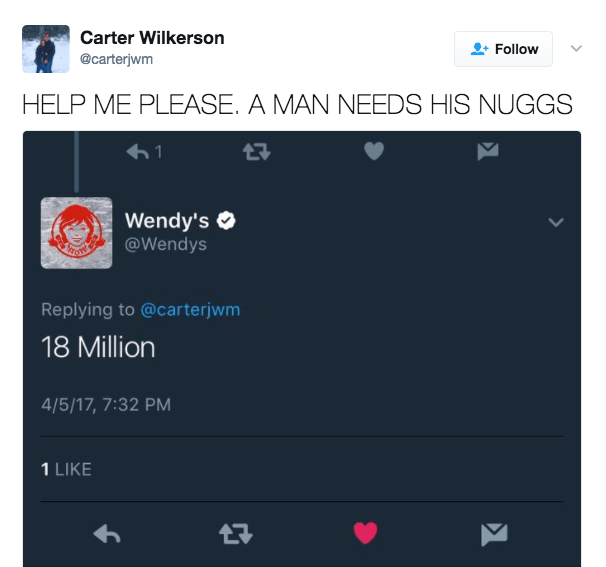 Carter Wilkerson, with a blaze of passion, consulted twitter to help him achieve his target. Fortunately, seeing his chicken-related goal, internet quickly caught on. The above tweet has been retweeted for a massive 2.5 Million times since 6th April, and if hashtags #NuggsForCarter achieves its set target and it will also smash the retweet record of Ellen and it will show that the twitter community is united and stands for any cause mutually.

Besides, Wendy’s support, Carter has been supported by the CEO of T-Mobile and actor Aaron Paul. Their support could have been for many who’d dare to dream. 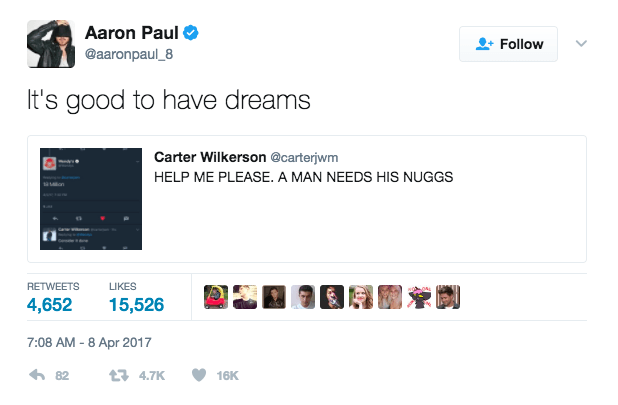 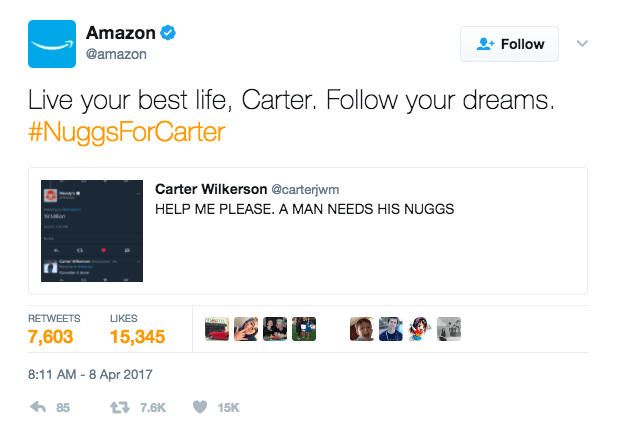 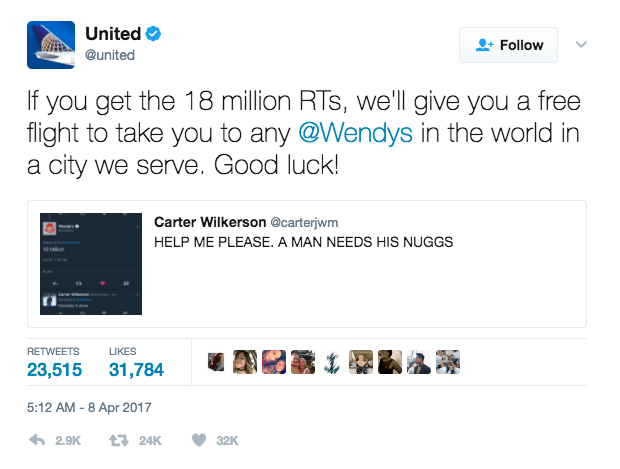 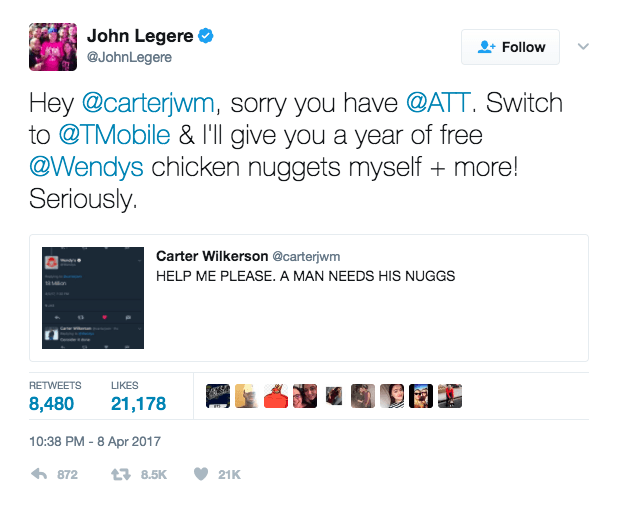 Seeing this much response and Carter’s amazing reach Wendy’s along with other big-wig chains have been surprised how he has got that far. Wendy’s said that they were “officially shook” by Carter Wilkerson’s fine progress. They said it would be amazing to see Carter achieve his target and claim the prize. 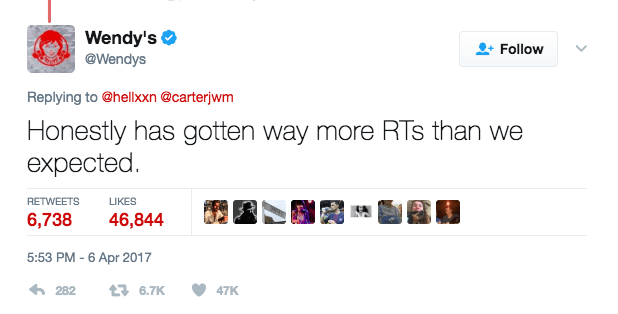 Let’s just hope he gets the deal but chances are he might get bored of eating it all day all to himself. 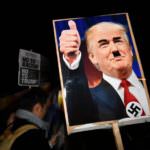 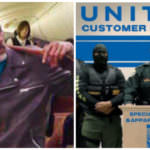 Twitter is Suggesting Hilarious Slogans For United Airlines' After Brutal...