If you’re new to gaming or a seasoned gamer who wants to take a look at the more eclectic video games on offer, take a look over this list which shows just a handful of the possible games that many claim to be art.

Set in a cyber-punk themed future where human augmentations are made possible through nanotechnology. Beyond that techno-babble, this is a game famed for allowing you to choose how you play. Almost every objective can be completed in numerous ways based on your own play style and how you decide to level of your character’s augments. That being said, the graphics in this game have not aged well whatsoever, so the artistic merit of this game is certainly in its storytelling and interactive abilities rather than its presentation.


Shadow of the Colossus

In Shadow of the Colossus you play a boy who is tracking down and killing a set number of giant creatures in the hopes of awakening or reviving a girl.

The only dialogue in this game comes from an otherworldly light who we can only understand through subtitles, telling us to track down and kill the colossi. From the presentation to the gameplay, this game is a total knock out and is able to convey an impressive sense of vastness in the player.

The only comedy game on my list and also the shortest, Portal was a game released by developer Valve in their Orange Box, along with a handful of their other games. It was a surprise hit, originally made as a small puzzle game that highlighted the potential of the titular portals. The fantastic gameplay and story pressed tightly alongside the impressive game design makes for one brilliant experience.

When you start Spec Ops: The Line, you’ll likely think you’ve just stepped into another standard third person shooter based mainly around cover based shooting. Although some could argue you’re correct, what you’ve also stepped into is a brilliant deconstruction of the obsession with violence that pervades most modern video games. It also highlights how stories can be told differently through an interactive mediums by having the narrative closely parallel Heart of Darkness.


The Last of Us

The Last of Us is an interesting one. While it certainly does fit into this category, it is arguably the big budget Oscar rather than the low-end indie winner. The general feeling of isolation and loneliness has meant this game has regularly been compared to The Road, the bleak story line and atmosphere helping drench the player in fear. This game shows just how interaction can add an extra level to that feeling hopelessness.

Now, this is certainly not an exhaustive list. There are hundreds of examples out there that prove gaming should be seen as a legitimate art form in the modern world rather than sneered at for supposed immaturity. If you’re interested, you should delve deeper into what’s out there and take a look at the the interesting possibilities contained within this medium.

5 Great Examples Of Games As Art 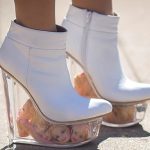 15 Weirdest Shoes Ever Made