Usually friendships occur between animals belonging to the same breed but whenever this norm is broken it becomes a thing of fascination. Such a lifelong friendship occurred between a lion, a tiger and a bear which fascinated everyone but then its tragic ending made everyone sad.

Their friendship occurred at a very young age when during a raid on a house in Atlanta, Georgia the officers discovered a group of baby animals in the basement.

The baby animals were malnourished and infected with parasites. They had been confined in such small cages that it had hindered their growth and had badly injured them.

The animals were kept at the Noah’s Ark Animal Sanctuary where they were given constant medical care. The animals showed a speedy recovery and were leading normal lives in no time.

They were named after the ‘Jungle Book’ characters and were collectively known as the BLT. However when the sanctuary decided to separate them they had to think otherwise because with time their unusual friendship had grown stronger.

The sanctuary believed that their traumatic past had brought the three closer together and NAAS commented on this “. “Their terrifying early months in life bonded the three together, and they are truly inseparable despite their obvious differences.”

The black bear had been named Baloo, the tiger was Shehr Khan and the lion was named Leo, the characters of the ‘Jungle Book’. Strangely they showed the characteristics of their fictional counter-parts.

Their friendship lasted for 15 long years but age was catching up on them fast and there came a time when one of the member’s had to part. And finally on 12th August the sanctuary told the visitors that Leo had some abdominal problems and had to be operated upon.

Almost 80% of Leo.s liver had been infected and because of that it had been decided to let him go. However they were given time to say their farewells, which though highly emotional were controlled. The sanctuary was convinced that the animals knew beforehand that their brother was terminally ill.NAAS added, “Animals are so perceptive. With the incredible bond, the BLT had since being rescued together from a drug dealer’s basement in 2001, it is highly likely that Baloo and Shere Khan knew their lion brother was terminally ill long before Leo began displaying outward symptoms.”

Leo though he was the shy one had been quite popular with the people and NAAS decided to hold a memorial service to commemorate his death. The service was broadcast on social media and people fully participated in it.A statue was erected in Leo’s memory and NAAS commented on Face Book, “Leo’s Celebration of Life event this past Saturday were able to see Baloo and Shere Khan investigate the new statue.”

Through their friendship BLT had proved that when some calamity befalls us then no matter what, we all make bonds and learn to get along.

Georgia Department of Natural Resources, Lifelong Friends, Noah's Ark Animal Sanctuary
There are no ads set to this area or maximum limit of ads on a single page has been reached

The Unusual, Lifelong Friendship Comes To A Tragic End 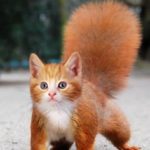 Funny Photoshopping Of Cats And Birds 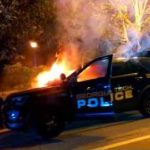