There are a hundred of new born animals who lose their mothers during birth that is the reason a thai family was ready to rescue a lonely kitten that was lying all to himself in the street.

They realized that the new born had been born few hours ago, when it was brought into the house they look very closer to his face, coat and paws and were completely of the view that it was a typical house cat.

They called in the helpers from the Wildlife Friends Foundation Thailand, who took the kitten in the hand and instantly realized that the house cat was actually a ‘fishing cat’. A very rare species which is extincting.
“We were rather suspicious as to why the kitten had been found without its mother,” WFFT said.

“Upon arrival we were surprised to find a tiny fishing cat kitten that was clearly only born a few hours ago.” But the family who found the kitten explained that they had helped raise the baby’s mother. “We were told that the mother of the fishing kitten was actually a released rescued animal, that they had found in a rice field next to the house while working a few years ago. They raised the cat into adulthood and then released it back to the wild.”

For safekeeping the mother came to their property to give birth and the rescuing family believed that when she was moving her kitten lost on of them, “While moving the kittens she had dropped this particular one in the road,” WFFT said.

However, the rescuer waited on mother if she would return for the kitten. The mother never returned, the kitten was brought up by them and was named Simba.

“The Fishing Cat faces a high risk of extinction throughout its range and is thought to be amongst the most vulnerable of the small and medium-sized cats in Southeast Asia,” WFFT said. “For now, he is under round the clock care from our vet team, spending his time in a special incubator that creates a perfect environment where his special needs can be met.” 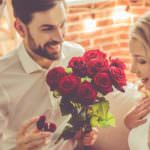 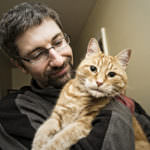 Got Catitude? This Company is Paying You For Spending Time...